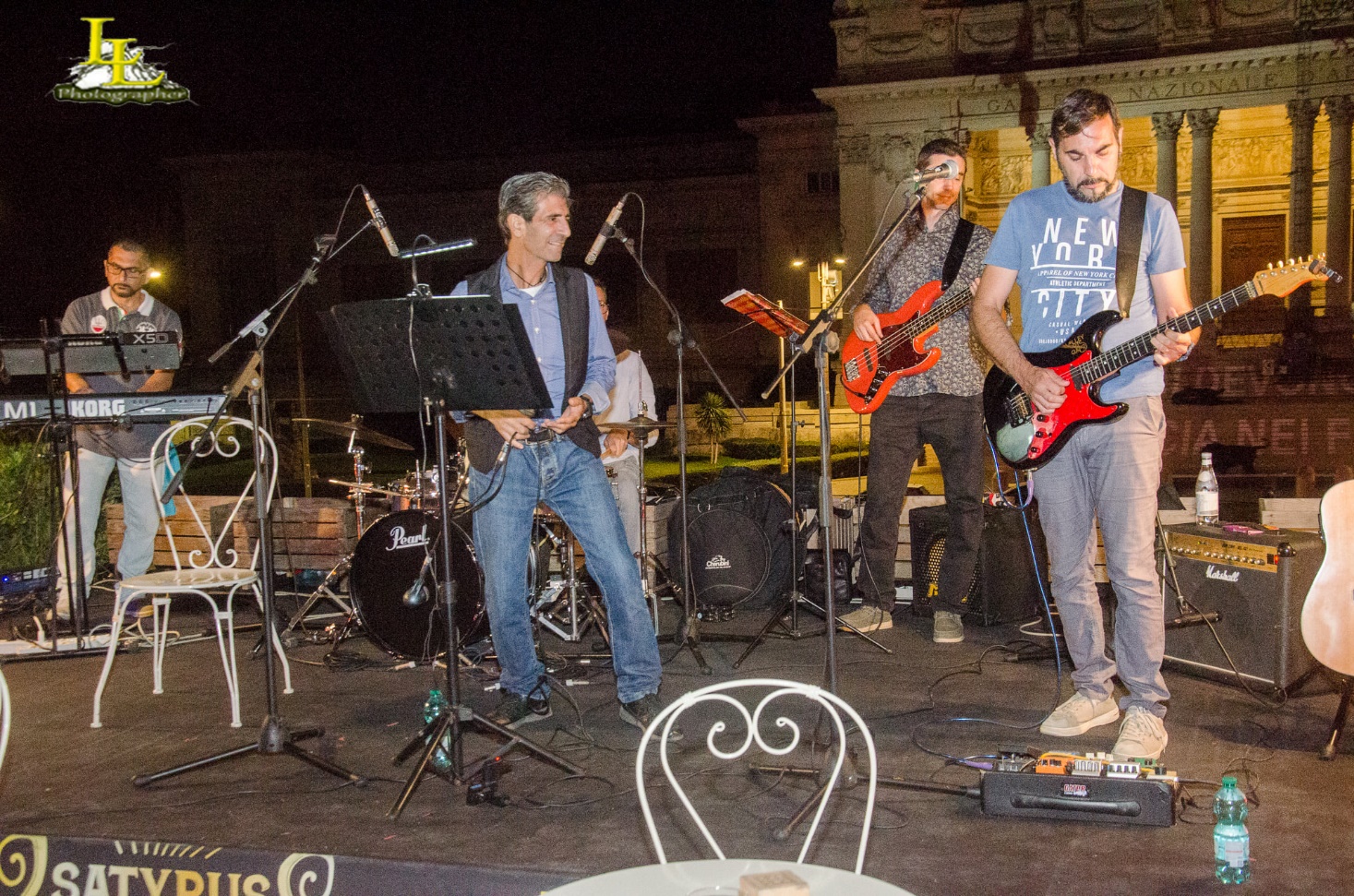 (Read the article in Italian)

“Only I remain to watch the truth in this world which is a fiction of appearance.” (from Rino Gaetano’s first notebook of songs, 1967)

It was not only a musical event which took place at the Satyrus in Rome on Sunday 19 September, but also a precise and accurate declaration of intent in cultural, social and artistic terms.

Am emotional evening in memory and in honour of Rino Gaetano who tragically died on 2 June 1981. They have been engaging moments in which the musical energy emanated by the band “Io Verso Rino” was echoed by the public’s love for the unforgettable songwriter. The band, composed of Eugenio Mastrodomenico (vocals), Marco Gentilini (guitar), Ettore Borelli (keyboards), Francesco Ranieri (bass) and Flavio Salvatori (drums), brilliantly revisited all the songs, leading the audience into a harmonious and suggestive atmosphere. The evening was presented by the elegant Francesca Rasi, who also read excerpts from Angelo Sorino’s book ‘Rino Gaetano e il regno di Salanga’ (Rino Gaetano and the Kingdom of Salanga)

The entire event emotionally involved the large audience who listened to the songs written by Rino Gaetano over the years. Notes and words came together under the sky of Rome in the wonderful location of the Satyrus: everyone felt the feelings that inspired the songwriter who gave posterity stories of love, friendship and life with the true, poignant, passionate and overwhelming verve that characterised his years. His purposes and ideals were highlighted and they persist today more than yesterday. The enthusiastic audience continuously expressed their approval and passion with long, warm, hearty applause and a final ovation, respecting all the security measures in place. It was a great and emotional journey of memory.

Gino Foglia is the director of ACS and the organiser of the evening and the book presentation. The author Angelo Sorino is also a producer, an actor, a voice actor and a songwriter. He played the role of Giacomo Rocca in tv series with Gigi Proietti. He has always had a passion for music and after the age of 30 he started writing songs. In 2020 he won the Critics’ Award at Sanremo Rock 2020 with the song “Sogno criminale”. The book is published by Sagoma, Carlo Amatetti. It is a publishing house that has recently published Jerry Lewis and John Belushi’s biographies.

In the introduction the author maintains that “Rino was the people’s poet, an artist chosen by people to represent and recount their feelings, problems, contradictions and also their strength, vital spirit and tenacity. It is the song of people in the streets, in the cafés, in the long queues… they are lives plodding through the skeins of insurmountable problems from which there is only escape in humour,  thunderous laughter or consoling tears….. people who direct the way, who ‘dictate’ the songs, and at the same time live and understand them together with him. He was very sensitive towards the excluded, the hopeless outcasts who were the ‘only children’ in whom he saw hope for humanity. He knew that misery and suffering teach a lot; it seemed he already saw people’s lives as destined to a stratified indifference and a progressive coldness of human relations”.

Thus, the world of the songwriter was recreated in a moving, wonderful and magical night with the complicity of the pleasant Roman breeze, the cohesion of the excellent Gino Foglia’s organisation, Angelo Sorino’s book and the famous Rino Gaetano’s songs played and sung by the band ‘Io Verso Rino’. The cake offered by producer Gino Foglia at the end of the evening was magnificent and delicious. 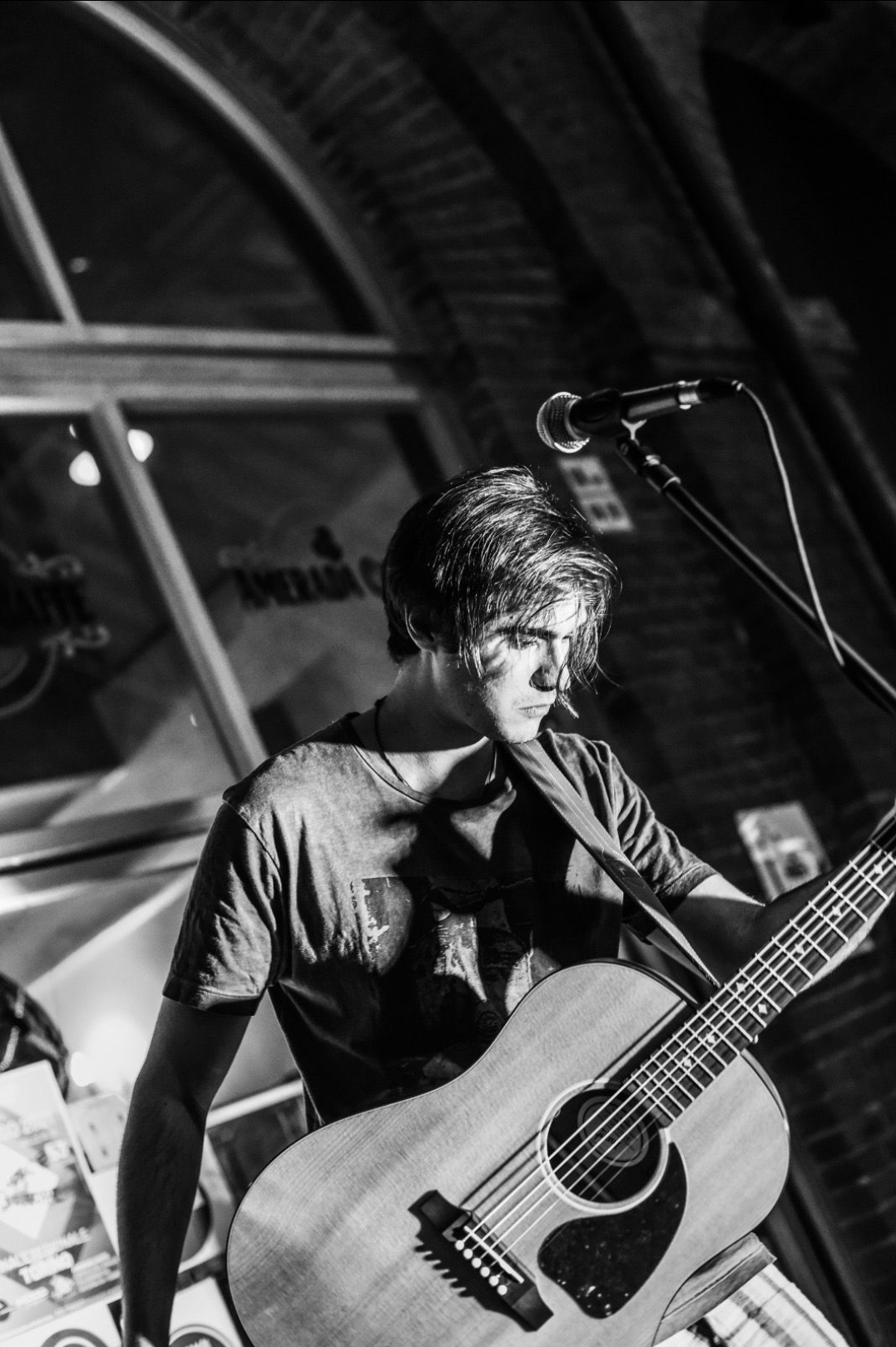 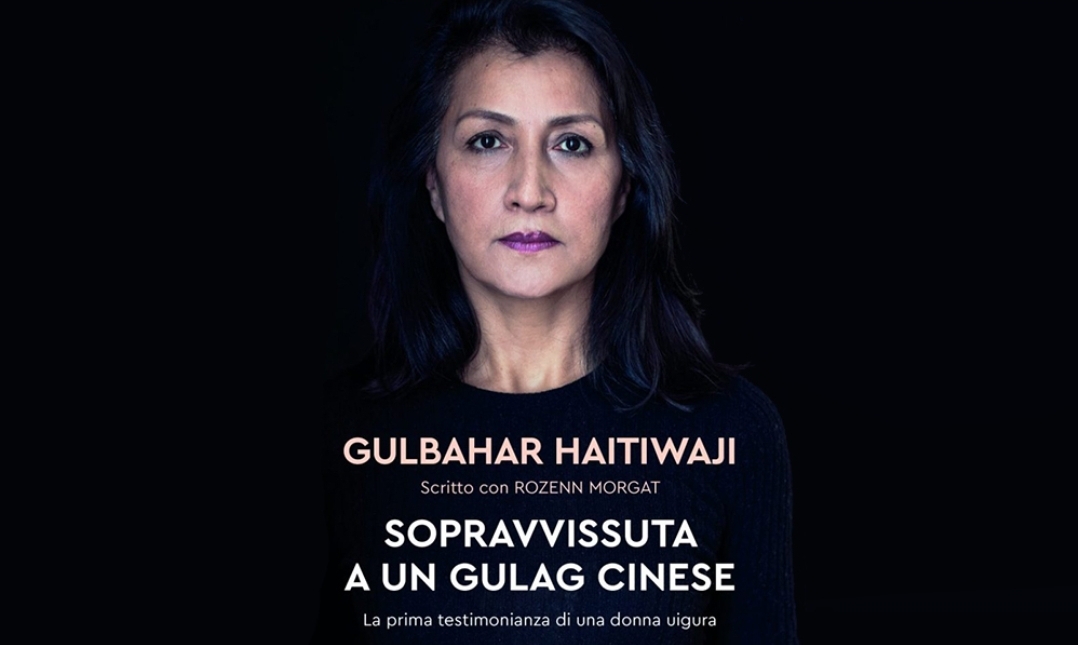